Special Purpose Acquisition Companies (SPACs) have come to the fore over the past two years, but as a financial instrument they have been around for a lot longer.

Dewi Habraken, Senior Director – Corporate Services, JTC Netherlands, and Dr Daniele D’Alvia, Professor in Banking and Finance Law at Queen Mary University of London and CEO of SPACs Consultancy, examine the evolution of the SPAC market and look at what is currently shaping the financial landscape and what is to come.

Q: Why is it that SPACs have become more popular and mainstream in recent years?

Daniele D’Alvia (DD): The origins of SPACs can really be traced back to the ‘penny stock’ era of the 1980s in the US, when ‘blank check companies’ could raise capital by being listed on the penny stock market offering low threshold share values. This often gave inexperienced investors opportunities to access corporate investment. The US financial regulator, the Securities and Exchange Commission (SEC), recognised the potential risk to investors and the market that this model posed, and intervened with ‘Rule 419’. This ultimately killed the penny stock market, and blank check companies disappeared. However, it also heralded a new era where company entities could list on regulated markets such as the New York Stock Exchange (NYSE) and NASDAQ to attract investors, which later became the SPAC.

Dewi Habraken (DH): The modern-day SPAC is essentially still a capital raising financial instrument, but the difference now is that the regulatory environment in which these instruments exist is far more formal and scrutinised. We’ve seen this in the move from the US to Europe most recently as European regulators have sought to create more attractive and robust regulatory environments for SPAC-style corporate financing and investor activity.

Q: What is behind the relatively sudden wave of SPAC popularity in the EU?

DH: There’s a variety of reasons for this. First, the US market has become saturated, with close to 600 SPACs still looking for a business combination, which in turn has prompted sponsors to look for new targets. The geographical location of the target is key for selecting the listing venue and as such the UK and EU markets have become the logical next frontier and are well placed for sponsors to replicate the US SPAC model.

Due to the flexibility of the Dutch B.V. company, for instance, sponsors have been able to replicate some of the key features of US SPACs, such as the redemption of shares. That’s made the Dutch exchange popular – there were 39 SPAC IPOs in Europe between 2021 to March 2022, with around 40% of those launching through the Euronext Amsterdam. Meanwhile other regulators, such as the Financial Conduct Authority (FCA), have made regulatory changes, and with the emergence of many potential UK business combination opportunities, we see the London Stock Exchange as a big growth area for SPACS once financial markets recover. However, we expect Amsterdam to retain its place as the prime listing venue for SPACs focusing on EU based business combinations.

DD: It’s also a case of financial regulation on the US side being perceived as overly aggressive. There was a certain amount of uncertainty being created by the SEC introducing new measures to counteract the SPAC ‘mania’, and that meant that some sponsors, who had all their financials and protocols in place, had to do it all over again. So, just as Europe has been a pull for SPACS activity, it’s also been a case of activity being pushed from the US to other markets.

Q: What is the main appeal of SPACS?

DD: Fundamentally, a SPAC provides the means for a company to access public investment more easily. If the management of the SPAC is sound, it can guide the target company in preparing to become a public company in the future and set it out on a positive growth journey. That includes acquiring new skills and capabilities, as well as financial investment. It’s an attractive proposition.

Control is key too, compared with the typical private equity route for example. With a SPAC, control can be more readily maintained, and that can be important, particularly where family businesses are concerned.

Q: Do you think this sudden explosion of interest in SPACS over the past year or so has been something of a bubble, or will it persist?

DH: It’s definitely not a bubble in Europe. However, the US market might need some cooling down. At its core, the SPAC market is a financial market and a means of attracting injections of capital investment. We always see cycles in financial markets, but looking forward, capital investment will continue to be absolutely necessary as we look to rebuild economies in the wake of the Covid-19 pandemic.

The difference now is that there is a greater emphasis on the regulatory environment for SPACs and developed market expectations in terms of sponsor rewards. As investors and sponsors become more familiar with SPACs, activity in this area will undoubtedly continue.

Q: In terms of governance, what is the perspective on SPACs for Non-Executive Directors (NEDs)?

DH: We believe that, due to changes in the US, sponsors will be looking for other jurisdictions to support their SPAC activity. That provides a real opportunity for jurisdictions like Jersey and Guernsey, for instance, who have significant amounts of experience in providing alternative fund structuring, administration and governance expertise. The same expertise can be applied to the SPACs environment.

It’s still seen as something of a new area, but the conversations we’re having with NEDs show that actually there is an overlap with the funds space and that could provide a real opportunity.

Q: How do you foresee SPACS developing in the future, what are the key trends?

DD: There’s definite scope for diversification in the market, in a number of areas.
Distressed M&A and restructuring is one area where we see potential – where companies are coming out of a challenging period with significant amounts of debt, they need a party to take on that debt and put it on a solid path. In this case, a SPAC represents a good option.

Cash-out deals are also a growth area, where a SPAC can be a company to facilitate a group’s expansion. And acquiring individual assets such as vessels of shipping companies is another area where we are seeing more activity.

DH: Ultimately, SPACs are equity raising vehicles and, once we are able to get past the psychological perception that a SPAC is a complex listing structure, it opens up a lot of possibilities. It’s about financial literacy. They are actually very straightforward structures – but it’s important to get the groundwork done properly, create the right ecosystem and put the right governance arrangements in place.

That’s why this represents a great opportunity for Luxembourg, the Channel Islands, Ireland and the Netherlands. SPACs are complementary to the funds environment those jurisdictions have nurtured so well. 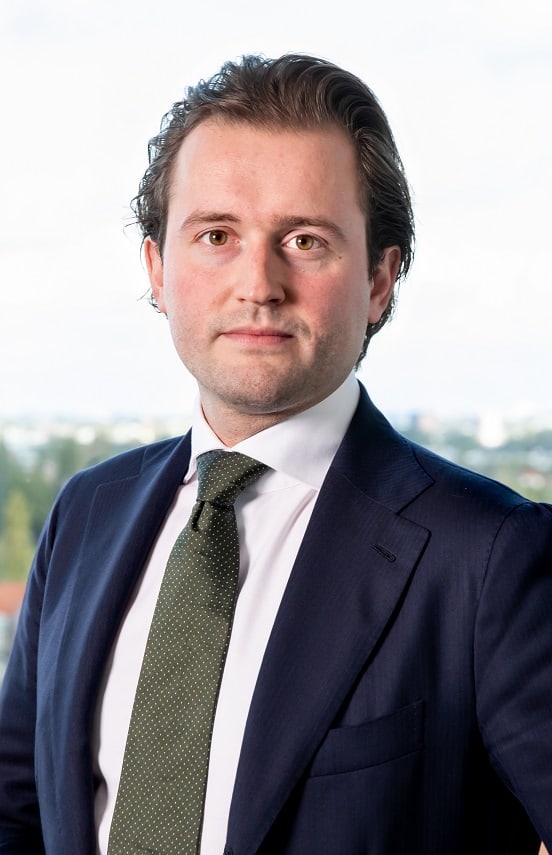